Art Does a Body (and mind!) Good

There’s So Much “Drama” at Suncrest Elementary 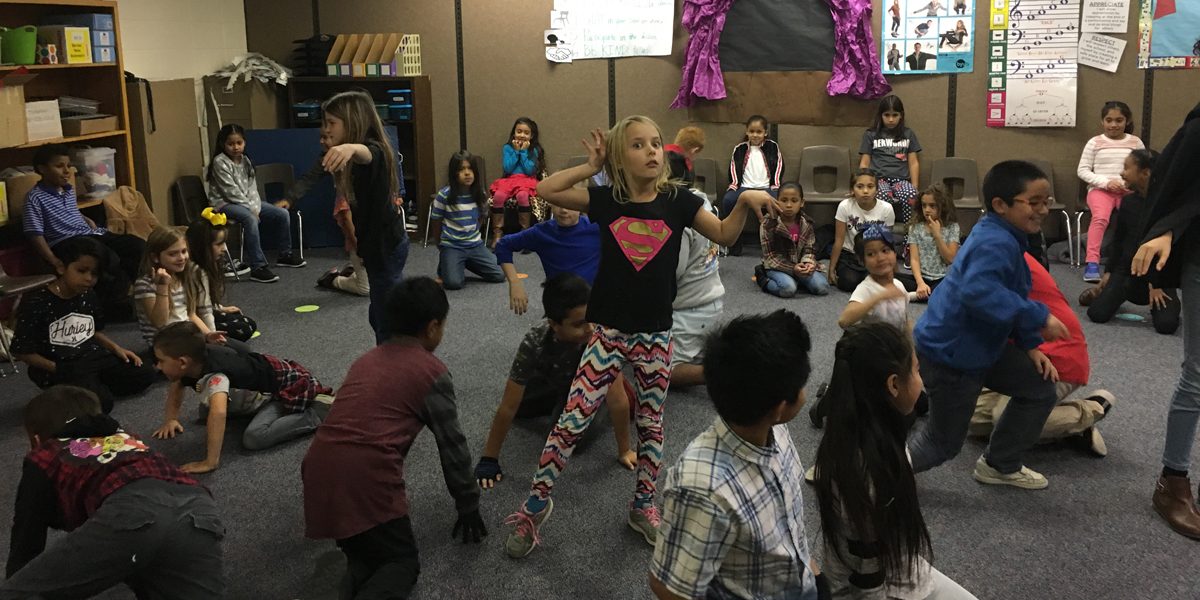 Pantomime /ˈpan(t)əˌmīm/ noun
a dramatic entertainment, originating in Roman mime, in which performers express meaning through gestures accompanied by music.

In the Drama space at Suncrest Elementary School, students have been learning about pantomime and how tableaus can tell stories. 2nd graders learned to do “the rope” and had a pantomime Tug-O-War that they acted our for their class.

The 5th grade also did a Tug-O-War activity integrating the Underground Railroad and the Salem Witch Trials with drama skills.

3rd graders worked on a collaborative project where they performed a “Biomes” poem. They each took turns doing moving tableaus that portrayed the various biomes of the earth. They then performed that for their teachers and classmates.

Tableau /ˌtaˈblō/ noun
a group of models or motionless figures representing a scene from a story or from history; a tableau vivant.

The 4th graders were given a project where they researched Utah Native American legends. Groups planned 3 tableaus to narrate the beginning, middle, and end of their stories. These were performed for teachers and classmates.

6th graders did a similar project, using Greek mythology as their point of study. They told their story through 3 tableaus, narrating and performing it for their class.

We certainly had a lot of fun workshopping the tableau and pantomime projects together as a school. Student learned concepts of Science and Social Studies in a deeper way.